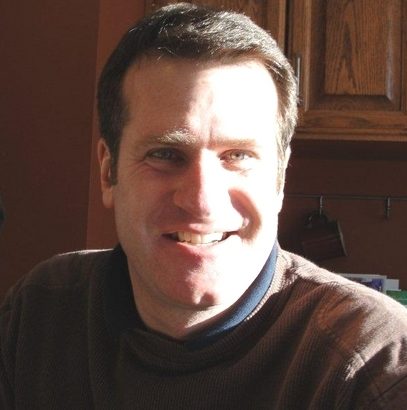 Gordon was born in the historic city of Port Arthur, Ontario and raised in a tiny town to the East. The scenic area surrounding the north shore of Lake Superior is stunning to all who experience it. The blue sparkling water and the vast forests hugging the shoreline give it unimaginable beauty. The sheer scale of the work the glaciers accomplished brings tears to your eyes after being away. To this day Gordon loves to be close to big water; it's why he lives near the ocean.

At four years old, Gordon Miller learned to skate on a rink his dad built in their backyard. Every year it was a labour of love. Temperatures cold enough to keep it frozen during the winter was never a problem. Like many boys growing up in Canada, he played hockey his whole life, even into adulthood in a no body contact league (it wasn't as fun), but Gordon had other interests too. Different from most.

When Gordon was 8 years old, he was the only boy in town to fly model rockets. He couldn't purchase them in stores, but he figured out how to order them from catalogs he sent away for. He mailed them to his family's post office box.

Once a rocket lifted off the pad, it soared like a missile, a thousand feet in the sky. Neighbourhood children, filled with excitement from the smoke streak, would bike over to witness the next launch. Immediately after the rocket reached apogee, it popped its parachutes and floated back to Earth. The kids raced through town on their bikes tracking it fell. Unfortunately for the make-shift recovery team, they usually found the rocket perched high in a tree.

*Retrieving a rocket from a tree when you're a kid is more difficult than rocket science.

A new friend who moved in down the street taught Gordon to play chess when he was ten. Vladimir (we had to learn how to spell his name in school) and his younger brother, Bobby, were from Yugoslavia. They played chess extremely well. Their mother was Dutch, a kind soul. She always had an empathetic smile for Gordon when he played with the boys. Their father was an intense man, he looked and acted like Vladimir Putin. When he entered the room, it was like the game elevated to the highest level.

Gordon loved chess, but he loved to talk during games and have fun. The boy's father, standing behind us while we played, with his arms crossed, changed the way Gordon plays the game today.  Gordon and the boys, along with a few others, started a chess club one day. Suddenly lots of kids in school were playing chess. Miller still plays chess online at Chess.com.  His username is labman14.

One cold night after dinner, a friend named Sherman and his father invited Gordon to the local library. The neighbours were both serious readers. They were into westerns or war stories. While at the library, one book appealed to Gordon, enough for him to begin flipping through it. Inside, there were amazing photographs of galaxies, stunning star clusters and the planets in the solar system.

A new interest in astronomy spurred him to visit the library more often. It led to his first beginner telescope. You could observe and study craters on the moon. Later, around eighteen years old, Miller upgraded to an advanced telescope with a motor drive. When Gordon attached his SLR camera, he took close-up pictures of the moon. To check the quality of his observations, Miller charted the orbits of Jupiter's four largest satellites and compared his diagrams to those printed in Sky & Telescope magazine.

Reading books about astronomy fascinated Gordon. He became an amateur astronomer and joined the Royal Astronomical Society of Canada. Gordon is now the Treasurer with the Nanaimo Astronomy Society.

After that initial trip to the public library, Gordon enjoyed reading books he could learn from. Like learning the constellations in the night sky, or how to improve his chess game. His interest shifted again to self-help books so he could learn communication skills and understand human relationships.

In his early twenties, he thought about writing a book. Actually, rewriting one of his favourite books: Bram Stoker's, Dracula, from start to finish with his own rules for vampires.

Another idea for a book surfaced. How to teach women about NFL football. The two ideas never materialized. In the back of his mind though, Gordon W Miller had clear visions and intentions about writing a book.

In 2002 Gordon moved to the vibrant city of Nanaimo, on Vancouver Island. Nanaimo offered him incredible views of snow-peaked mountains stretching across the Strait of Georgia. The Pacific ocean inspired Miller the same way Lake Superior did back in Ontario.

He began to read fiction novels more frequently on the West coast. On rainy evenings he parked his car near the ocean and read mystery novels.

Once settled in his chosen profession as a Medical Laboratory Assistant, his subconscious pulled at him to write a book again. This idea is a fantasy novel about a Egyptian woman in the afterlife who is forced to return to Earth.

Gordon is married, works in a laboratory, and enjoys life on Vancouver Island. He is interested in astronomy, chess, swimming, reading and writing, and loves to barbecue.

Now that you know more about Gordon W Miller, read his blog posts, and stay informed while he writes his novel. 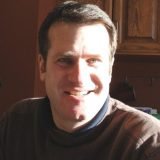 Gordon W. Miller lives in the vibrant city of Nanaimo, BC. He enjoys astronomy, chess, swimming, and reading. He is married and loves to barbecue.